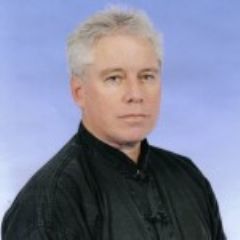 "I'm nobody really, but I am honest.  I have been studying Tai-Chi Chuan since 1973, and right now it's 2014.  So that’s quite some time to study an art, and it’s been under the same teacher.  I’ve opened schools from coast to coast here in the U.S. and I’ve only called one man Sifu.  At 62 years of age I currently believed I was aware of what "true" Tai-Chi was, also having gone to nearly 100 workshops over the years from various "masters".  It is my privilege, honor and I feel duty – to say that I now have a new Sifu.

Adam Mizner is that man, and his instruction is quite clear and structured so that anyone, beginner or advanced – may benefit in ways they never knew.  I've touched hands with him in push hands and  participated in the forms training during a short stay with him.  I am amazed at how deep an art can go, and how willing Sifu Adam Mizner is open to share.  I'll say to you as he said to me when I struggled to find the time and money to finally meet him,  "Just one touch and you’ll know."  Now, it's your turn.  Check out his online course – step by step he walks you through.  Hey, piece of cake"